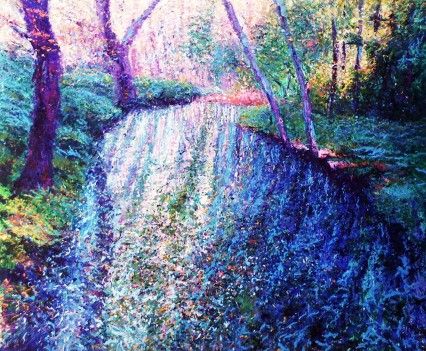 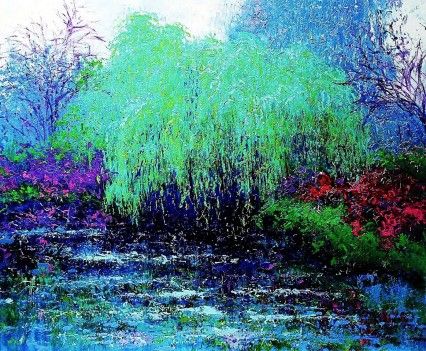 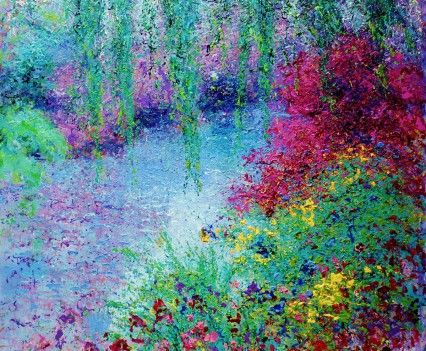 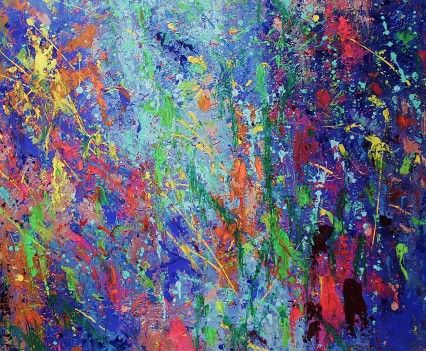 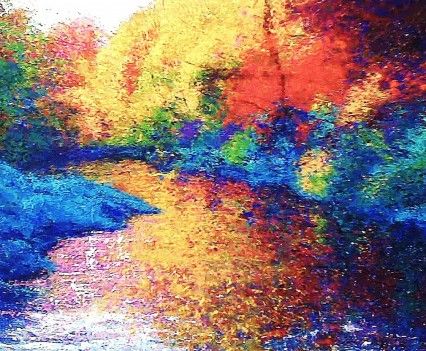 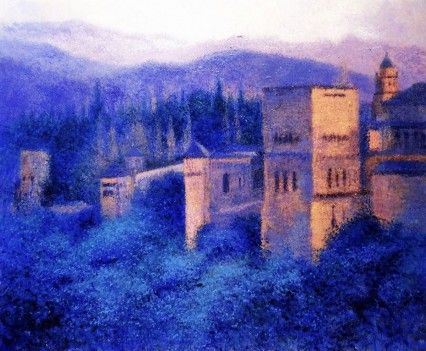 It is about reflecting the brush strokes of so many illustrious painters that since then have existed, and Rueda does this with an exquisite accuracy.
Rather, they should not talk about impressionism without taking into acount one of the most important elements for this movement: the appearance of the camera and its influence in this artistic movement development.
From the time of Renoir, Monet, Sisley and Pizarro, among others, to this day the advance of image reproduction techniques has been vertiginous; and they have been  used by all painters to this day. As a good impressionist artist ( in most cases), Neo-Impressionist or Post-Impressionist in others, Roué makes a masterful use of them.
By this we do not mean that Roué does not observe the landscapes, with their color and daylight, beyond the forms that underlie behind them, their brightness, the colors surrounding other colors with their evocative power (sensations, housings and memories), the contrasts or nature objects, not only their physicality, but also the color disolution caused in them by light, sunlight and air, which are features of the pointillism.
Roué’s gaze penetrates nature in the urban or rural landscape, and after an elaborate computer processing, the contours are dissolved in a fog and heavy atmosphere that he has managed to capture so significantly, in such a way that the dome of the Cathedral of San Marcos would never occupy a secondary place in a figurative painting.
Using a decidedly loose and broken brushwork, he puts a special emphasis on the accents of light reflected in the water, to capture the sparkle and the effects of that light and with a slight but powerful veil he unifies the scene.
The destruction of forms leads to a subtle interplay of water with clouds or flowers scattered in vases or foggy mornings, breaking apart the perimeter of objects in a lyrical attempt to bring a feast of light and (often pure) colors. Hence in his painting we find more feelings than academicism and  that is why he is always surrounded by poets, because his painting is poetry itself.
Pedro López Ávila
Professor of Language and Literature